There is phobia that is linked to the experience of panic attacks, and that is agoraphobia.

Agoraphobia is the fear of open spaces or of being in crowded, public places such as shopping markets.

It is a fear associated with leaving a safe zone, such as the home.

Because of a feeling of being vulnerable, people who experience this fear often suffer from panic attacks in these open situations.

It is true to say many people who have regular panic attacks experience different degrees of agoraphobia.

Some have a lingering background anxiety about being away from home should they experience a panic attack.

Other people are so immobilized by this fear that they find it very difficult to leave their home for even a short period.

The thinking behind agoraphobia usually follows the line that were a panic attack to occur, who would look after the person, how would he or she get the assistance and reassurance they needed?

The vulnerability grows from the feeling that once victims of agoraphobia are caught in the anxiety, they are suddenly unable to look after themselves and are therefore at the mercy of the place they find themselves in and the strangers around them.

In its extreme form, agoraphobia and panic attacks can lead to a situation where people become housebound for numerous years.

Please note, this is by no means a hopeless situation, and I always need to reinforce the fact that something only becomes hopeless once the person really believes that to be the case.

To begin with, the primary issue that needs to be addressed is the belief in the safe zone.

To clarify, when I talk about safe zone, I am referring to the zone where the person believes panic attacks do not occur, or at least occur infrequently.

As comfort is found there, it is where the person tends to spend more and more time.

The safe zone of anxiety is a myth sustained by the mind.

The mind has developed a habit of thinking that dictates that being inside the safe zone is the only place to feel secure and avoid agoraphobia and panic attacks.

If agoraphobia is an issue for you, watch as your mind comes up with reasons why it believes only a certain area is safe and another is not.

Those reasons range from being near the phone or people you trust to having familiar physical surroundings to reassure you.

The reality of anxiety is that there is no such thing as a safe zone.

There is nothing life threatening about a panic attack, and therefore sitting at home is the same as sitting under the stars on a desert island.

Of course, your mind will immediately rush to tell you that a desert island is a ridiculous place to be as there are no hospitals, no tranquillisers, no doctors, NO SAFETY.

You need to review your previous experiences of panic attacks.

Are you still here, alive and well, after all those attacks during which you were convinced you were going to die?

It may be that on occasions you have been driven to the hospital where they did medicate you to calm you down, but do you really believe that you would not have survived were it not for the drugs?

If the same bout of anxiety had occurred on this desert island, it too would have passed, even if you were all alone.

Yes, when it comes to conditions that need medical attention such as asthma, diabetes, and a whole litany or other conditions, then having medical aid nearby is a big asset.

But no doctor in the world would tell someone with anxiety that there are only specific safe zones in which she or he can move.

As I know more than anyone how terrifying it can feel to move out of your safe zone as the feeling of fear is welling up inside,

I do not wish to sound harsh.

This course is not about chastising people for their behaviours.

It is a way of looking together at solutions and seeing through the myths that form prison walls.

The goal is to enable you to return to a richer and more meaningful life and ultimately defeat your agoraphobia and panic attacks.

I also realize that people around you cannot understand why a trip to shops would cause you such discomfort.

You will have to forgive them and try not to be upset by their lack of understanding of your problem.

If an individual such as a partner or family member has not had a similar anxiety issue, that person may often find it hard to understand and empathize with what you are going through.

I am sure you have been dragged out of the house numerous times against your will, kicking and screaming.

This can then lead to tensions and arguments and is upsetting as it can make you feel less understood by those around you.

People around agoraphobics are often simply trying what they feel is best.

If you can see that their intentions are well meaning although often misguided, then you will be able to relate to them better and help sooth any potential conflicts.

There is one thing I am sure you will agree with, and that is that the only person who will get you out of agoraphobic thinking is yourself.

These are your thoughts, and only you can begin to change that pattern.

Dealing with long term agoraphobia and panic attacks is a slow process to begin with.

But once the results start happening, it moves faster and faster until you reach a point where you will find it hard to believe that going out was such a difficult task. 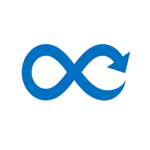